Sometimes at City Nation Place HQ, it feels that we spend a lot of time focussing on the ever-evolving challenges that place branding faces – the problems that have us banging our heads on the wall in frustration. But it’s important to remember that there’s also a great opportunity to be creative and over the years, we’ve seen some truly innovative tourism and investment promotion campaigns. Here are just a few of the most imaginative and unusual place marketing campaigns that make our job, as collectors of place branding stories, so interesting:

Who doesn’t like dogs? They’re fluffy little bundles of adorableness. However, after discovering that Tel Aviv had the greatest ratio of dogs to humans in the world, Vibe Israel went one step further and invited 6 dog influencers (and their humans) for an all-expenses-paid trip to Tel Aviv – including a day at a dog beach with a spa experience, a dog tour of Jerusalem and a five-course meal for all the pooches! The posts from their human companions quickly went viral, with millions of views across a wide array of social media platforms. With an outstanding response, it’s a clear reminder that sometimes even the strangest ideas can be a complete success. 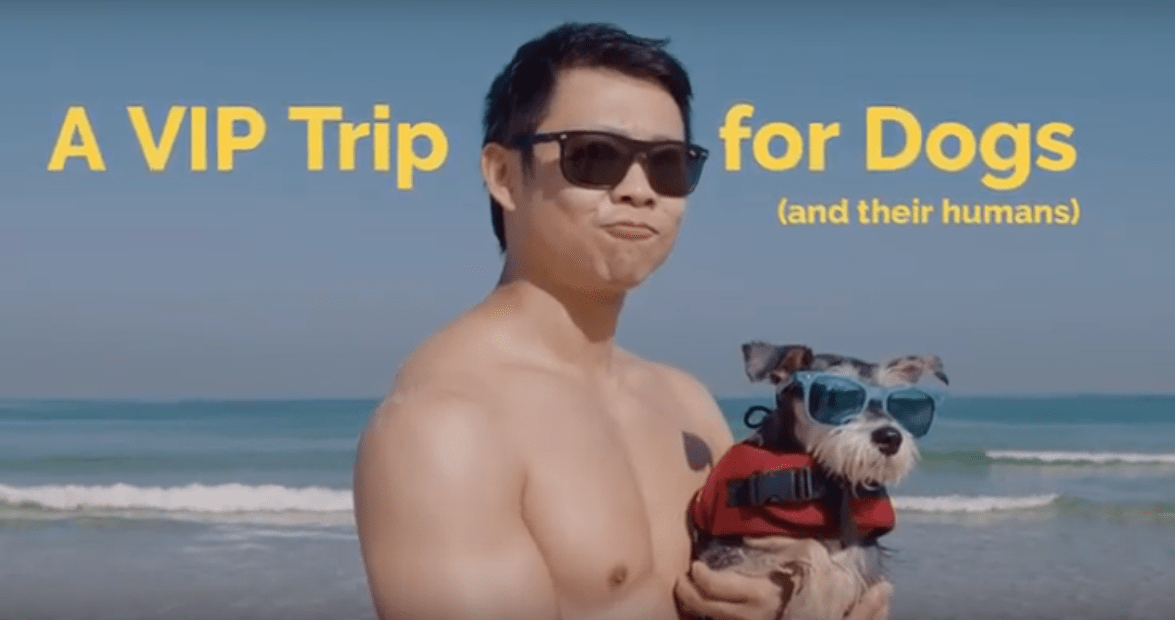 Following the resounding triumph of Google Sheep view (if you’ve not seen this yet, check it out - it’s a place-branding must), Visit Faroe Islands hit the news again with their 2018 campaign ‘Faroe Islands Translate’. After their request to have Faroese included on Google Translate was ignored, the tenacious islanders took matters in to their own hands and created their own translation site using volunteers to create short video translations. Not only did the campaign garner international attention for the small islands, Google are now working to add Faroese to Google Translate. Earlier this year, Visit Faroe Islands wowed us all again when they “Closed for the Weekend,” using a select number of ‘voluntourists’ to help with essential maintenance work in a bid to ensure that the influx of tourism didn’t damage the environment. 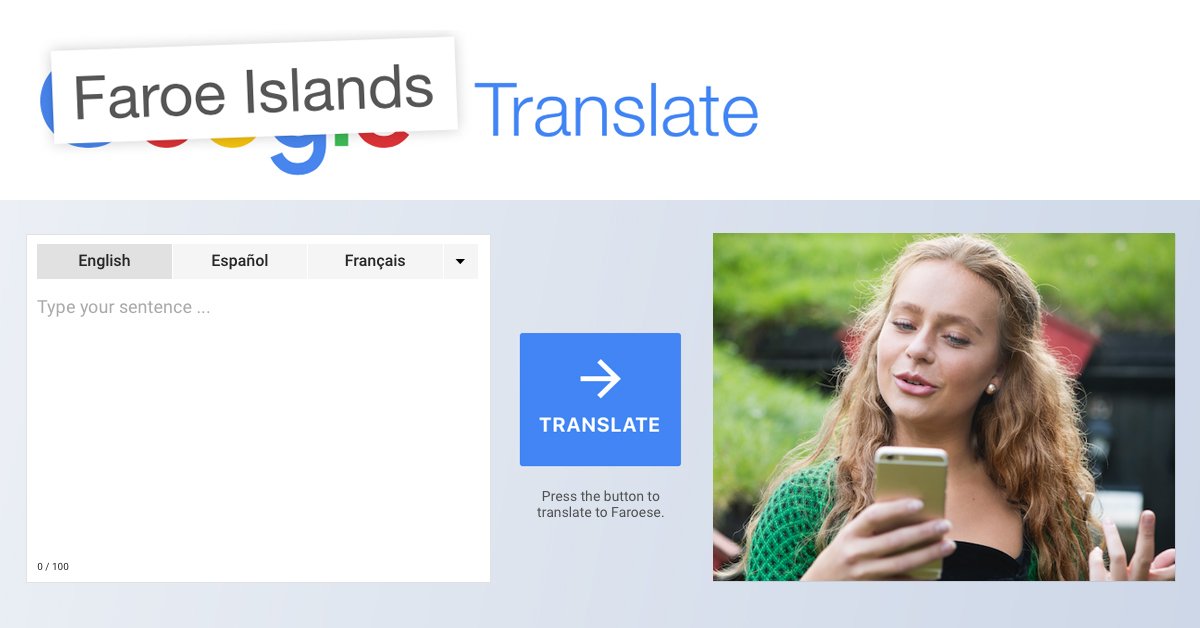 Alberta is famous for the impressive beauty of its province, but it’s often suggested that Lake Louise – one of their most popular locations – must be the product of human intervention. Dye in the water perhaps, or even that the lakebed has been painted, because surely that blue can’t be natural. Instead of refuting the stories, Travel Alberta partnered with the Pantone company to create a new shade of blue paint: Lake Louise Turquoise Blue. In the spirit of April Fool’s Day, the release of the paint was accompanied with a full ‘historical’ account detailing how Albertans have to paint the lakebed blue once every hundred years – and that they have done so for generations!

Seeking to create a moment of togetherness on the eve of Finland’s independence centenary, live footage of a Finnish checkout was streamed for 12 straight hours. Thousands of shoppers popped into the supermarket for last minute treats – with several creating artsy installations of their purchases on the conveyor belt – and across the world, nearly 200,000 people joined the stream to comment, question and share the joy. Slow TV at its finest, the campaign connected Finns with the people of the world and opened up a global conversation around Finland’s independence centenary. 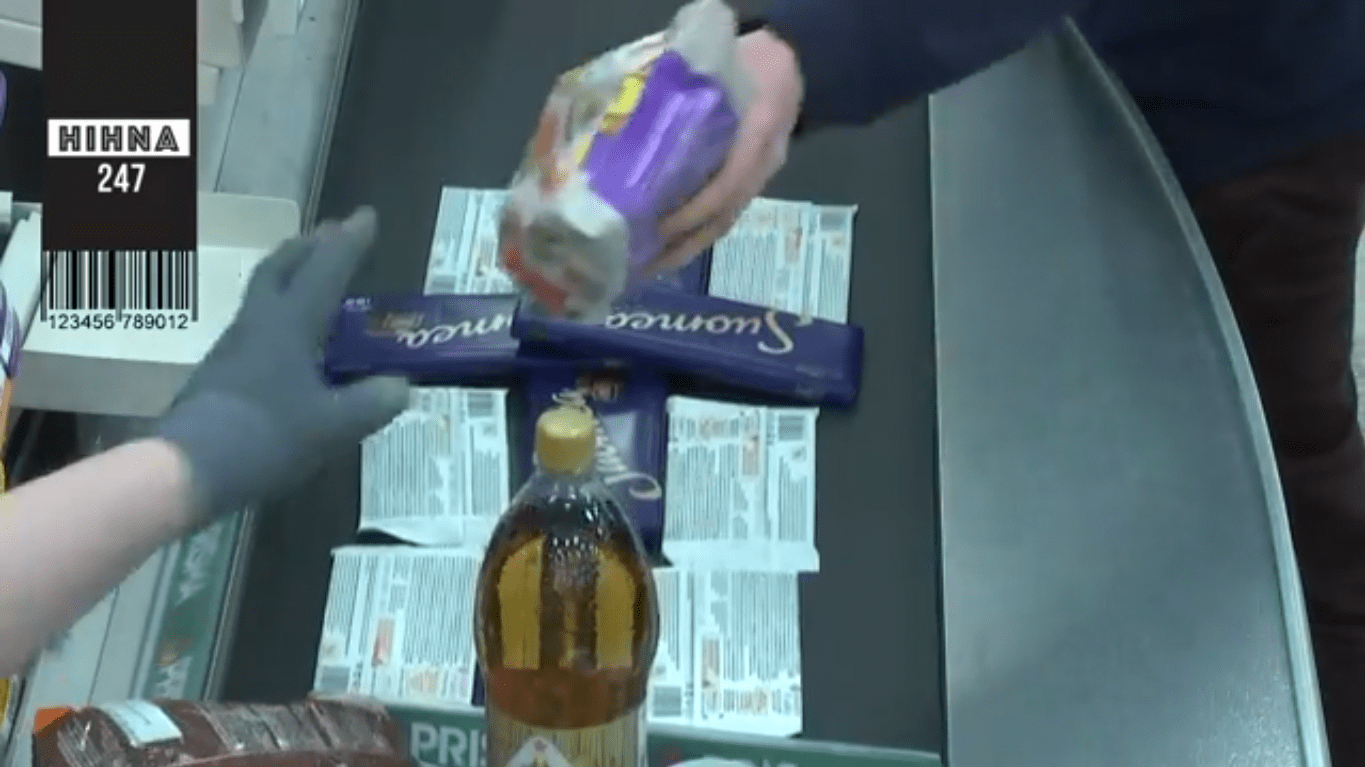 Earlier this year it was reported that the residents of Sommarøy island, just off the coast of Norway, were calling for business hours to be abolished on the island. Far enough north that the island spends two months in darkness and a further two months in 24-7 sunlight, the claim was that office hours just don’t make sense when they bear no relation to the movement of the sun. However, despite a sudden rise in global interest, the story turned sour when it was discovered to have been an elaborate PR stunt. Given Norway’s status as leaders in the international fight against fake news, the campaign misfired and there has since been a formal apology issued by the head of Innovation Norway. 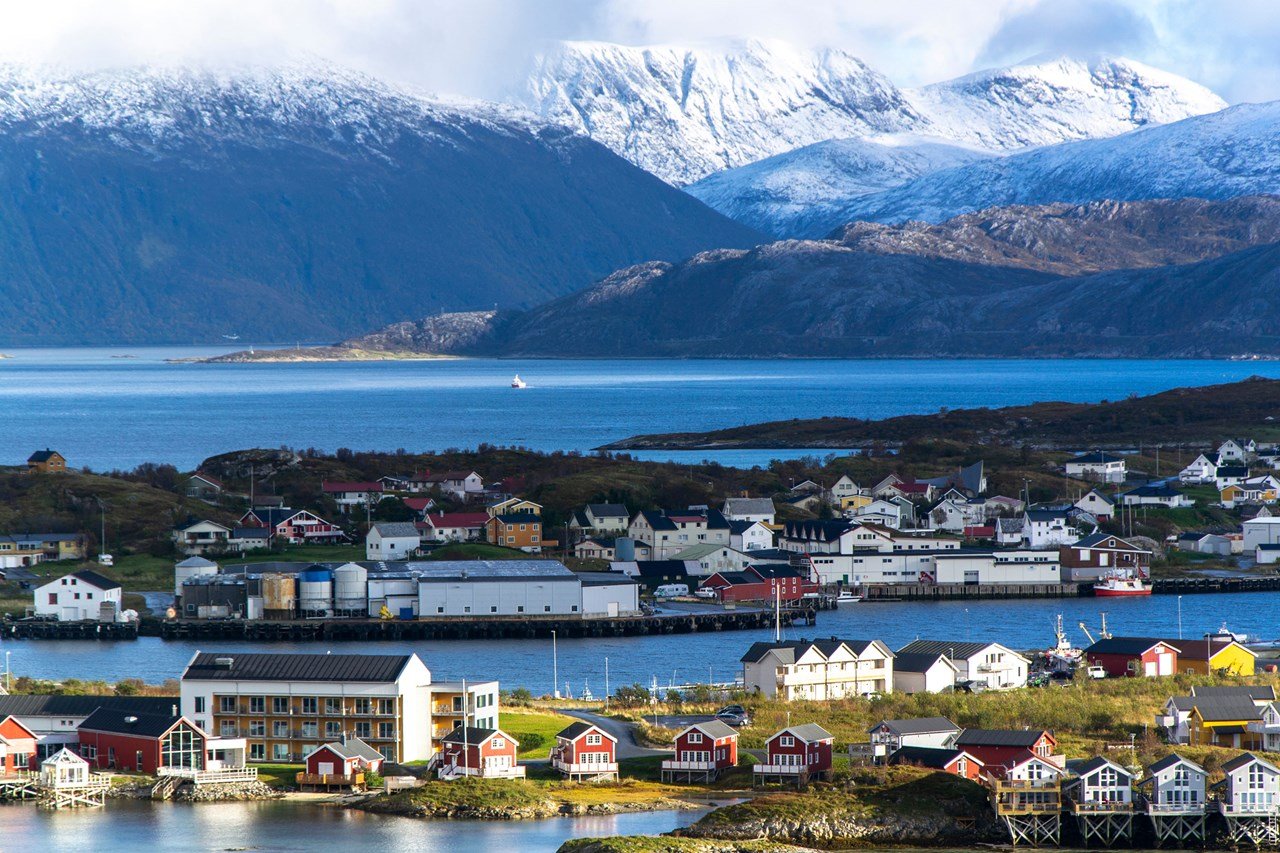 6. The Hardest Karaoke Song in the World, Promote Iceland

Sustainable tourism has hit the global spotlight in a big way and is the focus for many destination management organisations. But Promote Iceland took a rather unusual approach to educating visitors on responsible travel and challenged the world to take part in the hardest Karaoke song ever – “The A to Ö of Iceland.” Exuberant and impossibly catchy, the song explores the depth and breadth of Icelandic destinations to encourage tourists to explore further afield, whilst imparting key snippets of wisdom along the way. 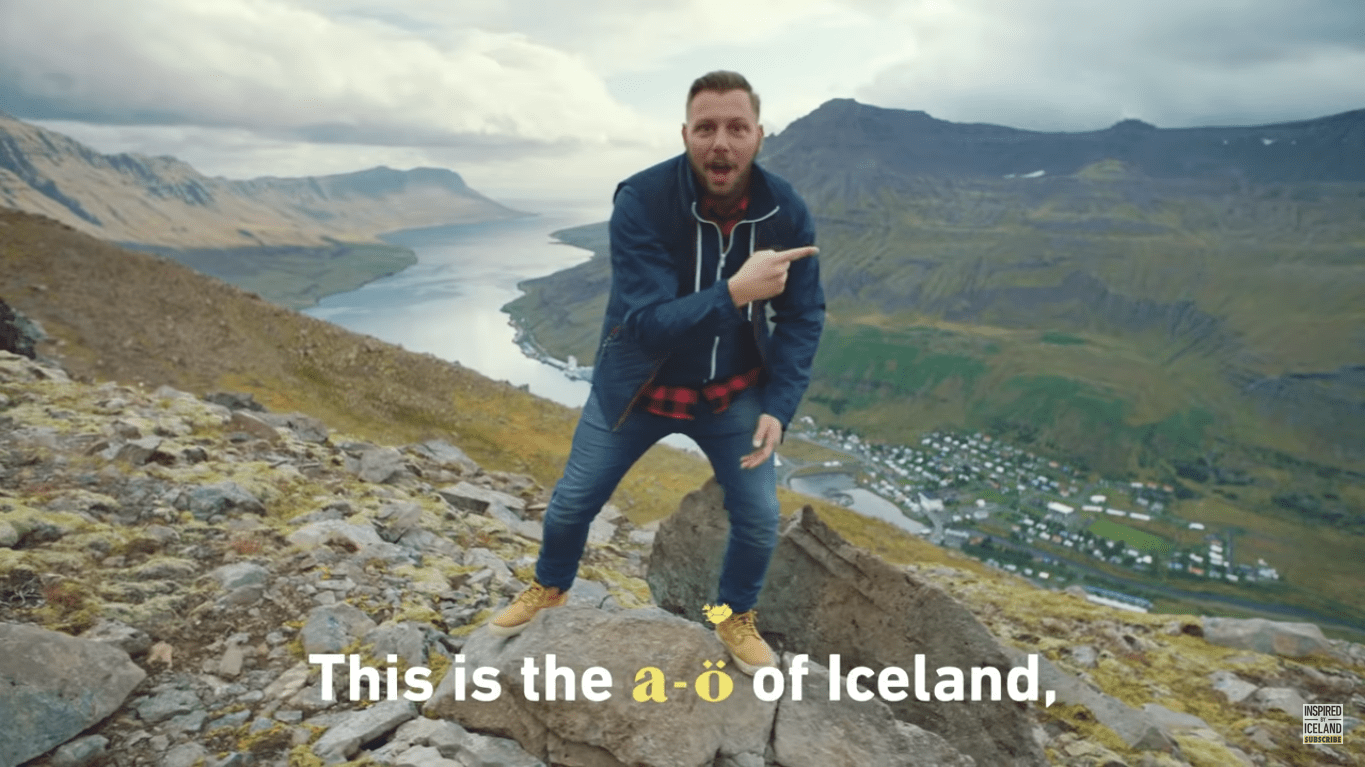 Watch the video HERE – and we challenge you not to get the song caught in your head!

7. The G-Spot of Europe, Go Vilnius

Without the recognition of other larger tourist destinations, Go Vilnius launched a bold new tourism campaign capitalizing on the fact that no one can locate Vilnius on a map. While the campaign undeniably generated global interest, the controversial campaign was poorly received by a number of residents who felt that the slogan painted Vilnius as part of the sex tourism industry. 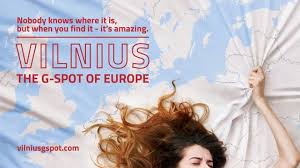 Find out more about the cheeky campaign HERE.

In today’s digital economy, the fight for IT talent has intensified across the world. Copenhagen Capacity, however, created themselves a pool of engaged and talented IT specialists with a social media campaign that challenged people to crack a series of codes. With all the clues written in a selection of coding languages, the campaign ensured that Copenhagen would be able to tap into a network of tech-savvy individuals for years to come.

The Codenhagen Challenge won the 2018 City Nation Place Award for Best Use of Social Media.
Read their full case-study HERE.

9. Marry a Local for the day, amsterdam&partners

Managing tourism is an ongoing challenge for many, particularly as an Instagram-culture drives increasing droves of tourists to ‘traditional’ landmarks. Tapping into a desire for experiential tourism, amsterdam&partners worked to bring tourists and locals together – by arranging a series of fake marriages. The symbolic union allowed visitors a glimpse into real life in Amsterdam and helps to open up quieter, unexplored areas of Amsterdam to ensure that the benefits – and burdens – of tourism are shared equally across the city. 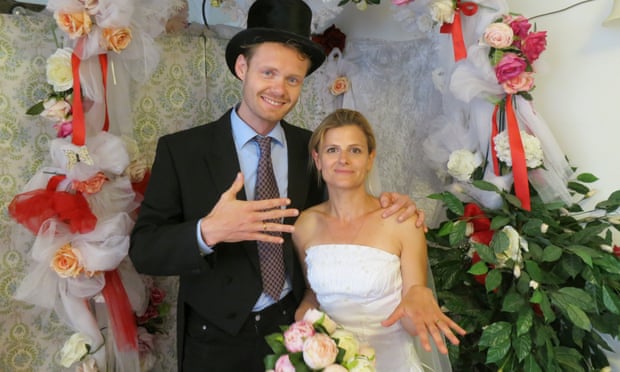 Do you have a campaign as inventive and wonderful as these? The City Nation Place Awards celebrates the best and brightest in international place branding and place marketing – take a peek at our entry criteria HERE. 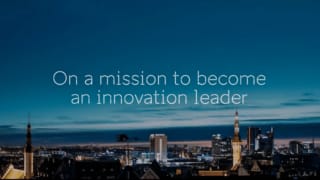 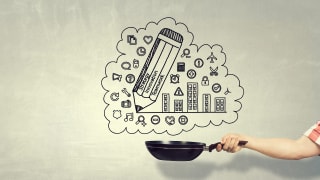 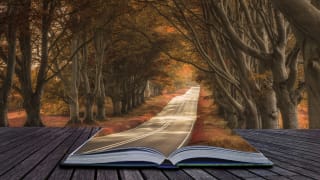 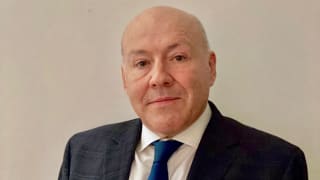 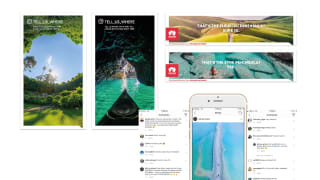