Join us for this half day conference to explore ideas and solutions for rebuilding confidence in Brand Britain, from the inside out. Our panel of place, tourism, and economic development leaders will share their thoughts and experiences of post-COVID recovery planning and our Think Tank Roundtable sessions will give you the opportunity to explore more solutions in small groups of your peers – ensuring that you take away actionable ideas and new contacts.

This event is scheduled as part of the City Nation Place Congress – which brings together regionally specific events, the Global Congress, and the Global Awards. You can join as a delegate across different events within the Congress and you can also join as a team to ensure you learn together and get the most benefit from all the discussion group opportunities – group rates are available!

Join place branding teams from around the world

Attending as a group?

Find out about our group discounts 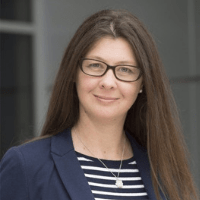 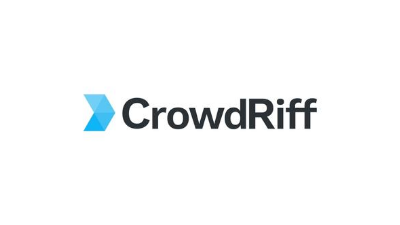 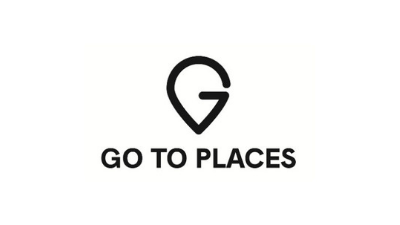 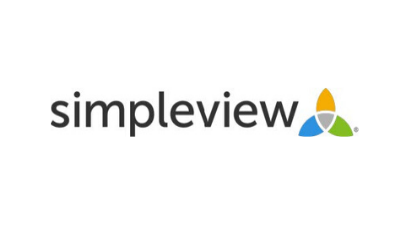 Susan Aitken became Leader of Glasgow City Council when the SNP became the largest party on the Council and formed a minority administration in May 2017. She was elected as a councillor for the Langside ward, where she lives, in 2012 and has been leader of the SNP group since 2014, having previously served as the group spokes person on health and social care.

Before being elected, Susan worked in a variety of policy and research roles in the Scottish Parliament and the third sector, and as a freelance writer and editor specialising in health and social care policy. She grew up in Biggar in South Lanarkshire, moved to Glasgow aged 17 and is a graduate of both Glasgow and Strathclyde Universities.

Charlotte Cassedanne is Head of Communications at Power to Change, the independent trust that supports community businesses in England.

Clare’s interest in the complex area of place branding was sparked whilst working on a series of Nation Branding Masterclass events, led by Simon Anholt, one of the first thought-leaders to speak about and promote the concept of place branding.  Having listened to Simon address audiences in Accra, Delhi, Dubai, London and Singapore on how policy, governance, and symbolic actions need to combine with branding and marketing to create a competitive identity and drive economic growth, she continued to follow the growth in this sector.  As Global Conference Director for The International Herald Tribune, now the New York Times, Clare also saw growth in advertising and storytelling around tourism and investment promotion strategy.  Clare launched the first City Nation Place Global conference in London in 2015: CityNationPlace.com has been steadily building followers and in 2017, she launched the first City Nation Place Americas conference, in 2018 City Nation Place Asia Pacific took place in Singapore, and 2019 has seen the first City Nation Place UK, specifically for towns, cities and regions across the UK, and the launch of the first City Nation Place LatAm & Caribbean event.  Clare manages the small team at City Nation Place alongside providing event consultancy and management for a number of clients in the publishing and trade association sector, including running the World Media Awards for the World Media Group  and event consultancy for the UK Association for Online Publishers.

Stefan Gurney is Executive Director of Norwich BID and VisitNorwich. Vice-Chair of the BID Foundation and Chair of the ATCM Advisory Council. Focused on providing leadership, strategic direction and accountability for BIDs, working in collaboration with local, national and international partners. A leading voice on BIDs, shaping and influencing the national city centre agenda; forging successful initiatives and projects nationally, winner of the Gt British High Street of the Year and ATCM accolades BID of Year, Inspirational Leader of the Year and Campaign of the Year.

Prior to this role, he was the City Centre Manager with Norwich City Council, also working with Compass Group, Sainsbury’s, Virgin Cinemas and Rentokil Initial.

Mark has spent his career working in brand and communications with some of the world’s best agencies across a range of sectors – from re-branding Legal & General to overhauling Warburtons. His professional experience, combined with his diverse background (BA in Philosophy, MA in Film– as well as a stint as a Ranger for the Department of Conservation in New Zealand!), gives him a fresh perspective on how to create effective brands and connect with people.

Sheffield is his ultimate passion. Having worked agency side on creating a new brand for his home city, he then jumped ship to fill a new position within the city council to drive Sheffield forwards and re-position the city in a way that will change perceptions.

In 2019 Sheffield was shortlisted by City Nation Place as Place Brand of the Year, and was also finalist for the Academy of Urbanism’s European City of the Year.

Marvin Rees was elected mayor in May 2016. On that day Bristol became the first major European city to have elected a mayor of black African heritage. He describes becoming mayor as another expression of a deeper commitment to building a fairer, more inclusive world.

During his first term in office he has overseen the building of over 8,000 homes, announced the development of a mass transit system and provided quality work experiences for over 3,500 children who wouldn’t readily have access. Bringing fairness to the city council, he has achieved accredited Living Wage Employer status, and introduced Ban the Box. He led the successful bid to bring Channel 4 to Bristol and is leading the city’s response to both the climate and ecological emergencies. Building a compassionate city, he has kept all children’s centres and libraries open and led city-wide campaigns on period poverty and child hunger.

He lives in Bristol with his wife and three children.

Martin spent much of his early career as a lecturer and researcher, and has a PhD in applied economics.

In 2018 Martin was once again included in the top 50 of the Local Government Chronicle’s list of most influential people in local government.

Mark Roberts is the founder of Beer Hawk which was started in Harrogate in 2012 and is now the UK’s leading craft beer retailer, recently acquired by ZX  Ventures.Together with his team, he has won numerous awards, including Great British Entrepreneur of the Year (Small Business) and Business Person of the Year at the SME National Business Awards. Before embarking on his own entrepreneurial journey, Mark worked for a  number of global blue-chip businesses including Procter & Gamble, and  Lloyds Banking Group, where he specialised in Marketing and Innovation. He is Deputy Chair of Leeds City Region LEP Board, Chair of the Independent Advisory Panel for the Army Foundation College in Harrogate and this year took on the role of Chair of the Harrogate Place Leadership Group.

Wallace has been Chief  Exec of HBC since 2008. He has worked in local government for 35 years and is lead chief executive for the Leeds  City Region LEP 'clean energy' priority and he is also lead local authority  chief executive in Yorkshire and Humber for energy and low carbon. This year Wallace was awarded the OBE in the New Years Honours list for services to  business and the community in Yorkshire.

Nicholas Serota has been Chair of Arts Council England since February 2017 and is a member of the Board of the BBC. He is currently Chair of the Durham Commission on Creativity and Education and was a Board member on the recent Cultural Cities Enquiry.

He was Director of Tate between 1988 and 2017. During this period Tate opened Tate St Ives (1993) and Tate Modern (2000 & 2016), redefining the Millbank building as Tate Britain (2000). Tate also developed its national role by creating partnerships with 35 regional galleries across the UK in the Plus Tate network.

After an undergraduate degree in Physical Education at Brunel University, Roddy taught at Robert Gordons College in Aberdeen for three years. After returning to his home city of Edinburgh to undertake a Master degree at Heriot Watt University, he embarked on a ten year career at sportscotland, the national agency for sport, latterly becoming Head of its Governing Body Team.

In 2015 he took over as Chief Executive of Essential Edinburgh. During the last five years he has led the organisation through a hugely successful renewal ballot as well as delivering major events, projects and initiatives to support over 600 members in the city centre. Engaging with multiple partners across the city, Essential Edinburgh works proactively to ensure the city is a vibrant place to live, work and visit. Roddy sits on the Boards of the Edinburgh Tourism Action Group, Edinburgh Chamber of Commerce, The Quaich Project and the Edinburgh Economic Forum and Scotland’s Towns Partnership.

As founding Director of thinkingplace John has directed the development of over 70 place brands across the UK. He is active in promoting and implementing this best practice approach of creating a shared place story, widening place leadership and creating active collaborators as a key part of place’s recovery and reset in the light of Coronavirus. John has also been working with places to help them develop their response to the Towns Deal, Future High Streets Fund and Heritage Action Zones. He has led projects for places as diverse as Hampshire, Nottingham, Surrey, Harrogate, Lowestoft, Harlow, Lancaster, Doncaster, Lancashire, Staffordshire, St Helens and all three UK Cities of Culture.