access_time Winners will be announced at City Nation Place Global on November 4
ORDER YOUR AWARDS SHOWCASE BOOK NOW
The winners of the 2021 City Nation Place Awards were announced at the Global conference on 4 November in London. With winning strategies from a far afield as Chile, Fort McMurry Wood Buffalo [Canada], Finland, Helsinki, Iceland, and Tasmania, the Awards have again brought together a wealth of case studies that demonstrate how place brand and marketing organisations around the world are committed to delivering the best work for their communities and citizens. Thank you to everyone who took the time to share their stories. 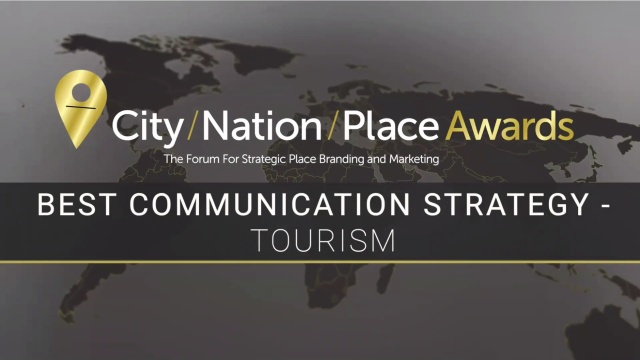 Check out the highlights from our 2021 Awards ceremony

Clare Barker is currently kaitiaki (guardian) of the Tāmaki Makaurau Auckland Place Brand. She was delighted Auckland was awarded City Nation Place Global ‘Place Brand of the Year’ in 2020, a highlight in her more  than twenty years building successful brands, developing marketing and brand  strategy and leading marketing and creative teams to success. Clare is an  enthusiastic member of the global place branding community, having participated  in podcasts and interviews on the subject. City Nation Place, The Place Brand  Observer, Frank Cuypers, Simon Anholt, Greg Clarke and Richard Florida continue  to inspire her work in this fascinating and rewarding area.

Prior to Austrade, Fiona was the CEO and Director of Sport at the Australian Olympic Committee (AOC). Over her 12 years with the Olympics she successfully delivered 10 Australian Olympic Teams in 9 countries, and management of an iconic Australian organisation.

With her early career in law and eCommerce she is praised as an astute global thinker, engaged with the most senior leaders of sport, business and governments domestically and internationally.

Clare’s interest in the complex area of place branding was sparked whilst working on a series of Nation Branding Masterclass events, led by Simon Anholt, one of the first thought-leaders to speak about and promote the concept of place branding.  Having listened to Simon address audiences in Accra, Delhi, Dubai, London and Singapore on how policy, governance, and symbolic actions need to combine with branding and marketing to create a competitive identity and drive economic growth, she continued to follow the growth in this sector.  As Global Conference Director for The International Herald Tribune, now the New York Times, Clare also saw growth in advertising and storytelling around tourism and investment promotion strategy.  Clare launched the first City Nation Place Global conference in London in 2015: CityNationPlace.com has been steadily building followers and in 2017, she launched the first City Nation Place Americas conference, in 2018 City Nation Place Asia Pacific took place in Singapore, and 2019 has seen the first City Nation Place UK, specifically for towns, cities and regions across the UK, and the launch of the first City Nation Place LatAm & Caribbean event.  Clare manages the small team at City Nation Place alongside providing event consultancy and management for a number of clients in the publishing and trade association sector, including running the World Media Awards for the World Media Group  and event consultancy for the UK Association for Online Publishers.

Gregory has helmed the City of Dubai Brand and Brand Experience division for Dubai Tourism since 2015, overseeing brand management and collaborations, event marketing and content to accelerate the city’s vision of becoming the world’s leading tourism destination and commercial hub. A French-Scottish branding expert with an entrepreneurial spirit, he previously founded and managed a successful creative agency that specialized in the luxury sector with offices in Dubai, Singapore and Hong Kong. His prestigious clients included brands from LVMH, L’Oréal and Richemont Groups (such as Dior, Lancôme and Cartier to name a few). When not in the boardroom, Gregory is usually out on the local rugby pitch or spending time with his family.

After graduating at the Paris School of Political Sciences, Alice worked as a journalist for several cultural magazines and turned to digital communication. She worked for various websites as an expert on the Paris destination. Her knowledge and passion of the destination made her join the Paris Tourism and Convention Bureau in 2009. She worked as the Chef Editor of Parisinfo.com (1,4 M UV per month) before taking the role of Head of B2C Marketing in 2016. She has been leading the campaigns team since then, promoting Paris as a leading destination for leisure visitors.

Since January 2019, she is also in charge of the e-commerce business, including the new service of B2B Official Conciergerie of Paris. She is a regular speaker at destination marketing events.

Inga is a marketing expert who has worked with travel, retail, education in both private and public sectors. She holds the position of Director of Go Vilnius, the business and tourism development agency of the city of Vilnius, since 2017. Go Vilnius covers a wide variety of responsibilities, related to the representation and promotion of Vilnius for different audiences, including tourism, business and talent.

Laura Ryan is Head of Marketing & Communications with Limerick City and County Council in Limerick, Ireland. She is responsible for developing and implementing an ambitious marketing strategy for Limerick and leading a team dedicated to putting Limerick’s reputation, achievements and long-term future at its heart. She is currently promoting a new revitalised international identity for Limerick to tourists, investors and students through dynamic ongoing campaigns. Prior to her marketing roles, she worked as a journalist for 10 years in both local and national media in Ireland and was a national TV correspondent for Irish television.

Place branding and communications expert. Hjörtur has worked with cities and countries on their brand positioning, communications strategies, tourism development, stakeholder management, PR and crisis management, including places in all of the Nordic countries, Russia, Balkans, Asia, Middle East and Africa. He holds a degree in anthropology from University of Iceland, political science from Lund University in Sweden and studied business and economic development at Copenhagen Business School. Hjörtur is currently CEO of Visit Greenland.

Working together with public, academic and private sector leadership, his primary role is to develop a place brand narrative that elevates Glasgow's international profile and reputation to the global business, investment and talent communities.

A creative brand-building specialist with over 24 years of international marketing experience in both private and public sectors, Gavin has worked with premium brands to build awareness, grow equity and increase profitability through leadership roles in drinks, media, arts, technology and government sectors.

Mark Anthony Thomas is the president of the Pittsburgh Regional Alliance, the economic development affiliate of the Allegheny Conference on Community Development. He is responsible for executing the 10-county region’s economic development strategy and advancing partnerships to drive job creation and business investment. Mark brings nearly two decades of experience crafting and executing economic growth strategies and cross-sector collaboration for New York, Los Angeles, and Atlanta and serves as the Chairman of the Conference’s Power of 32 Site Development Fund.