When coronavirus hit and the world went weird, brands in all sectors rushed to pull the plug on advertising campaigns. What had been appropriate a week ago was suddenly tone-deaf – KFC’s message of ‘finger lickin’ good’ grated in a world where washing your hands was paramount and the fast-food giant paused the campaign as consumers began to brand it ‘irresponsible.’ As we adjusted to this new reality, more brands began to activate COVID-19 appropriate messaging but a new threat is emerging for marketers – the recession.  What can place marketers learn from other brand sectors and previous crises or downturns?

With a bleak economic outlook, many companies will be tightening their belts, and at such times, the marketing budget begins to look like a low-risk expense to prune away. For many state-funded DMOs and IPOs, this challenge will be greater than for private-sector companies. With resources for critical state services tight, you have to be able to demonstrate the value of marketing efforts.

“The immediate short-term response is instinctively to cut costs and focus on what will generate revenue today rather than tomorrow,” explained Maria Bain, Planning Director at iCrossing. “But expense cutting should be decided strategically, and ad spend should focus on maintaining share of voice, share of market and most importantly, share of consideration amongst travellers.”

Tourism and investment promotion will both be key to securing your long-term recovery. So how can you advocate for your marketing budget in the midst of pandemic? What can we learn from brands who have mastered their COVID marketing?

Advertising in a crisis

This is an unprecedented event -  data and findings from previous crises need to be referenced with care. We’re not facing the same challenges as marketers did during WWII or the bursting of the dot-com bubble. However, that’s not to say that we can’t use these antecedents to inform our own strategy.

Take Kellogg’s. In the 1920s, Post was the de-facto leader in breakfast cereal. But they slashed their advertising budget during the Great Depression, while Kellogg’s doubled their advertising spend and introduced a new cereal called Rice Krispies. Kellogg’s grew their profit by 30% and overtook Post as the category leader.

Or look at McGraw-Hill’s research, which showed that the 600 B2B companies that continued to advertise during the recession of ’81-82 experienced over 250% growth in revenue four years later.

Or even how Pizza Hut and Taco Bell capitalised on McDonald’s decision to cut its marketing budget during the 1990-91 recession. While McDonald’s sales decreased by 28%, Taco Bell increased their sales by 40% and Pizza Hut sales rocketed up 61%.

And these are just three examples – there are countless other case studies that demonstrate that brands which maintain or increase their marketing when others are pulling back experience rapid growth. Similar success has been seen in place branding. Just a year after launching Business Friendly Bahrain, the world was hit by the 2009 economic crash. “Rather than ceasing their economic spend, they adapted their communications to reflect the context in which it was being consumed,” explained Jessica Wardle, CEO at M&C Saatchi. “As global Foreign Investment fell by 22% in 2009 (Source: Reuters), Bahrain attracted sustained increases in inward investment.” They were the only country in the Gulf region who were able to buck the global trend. 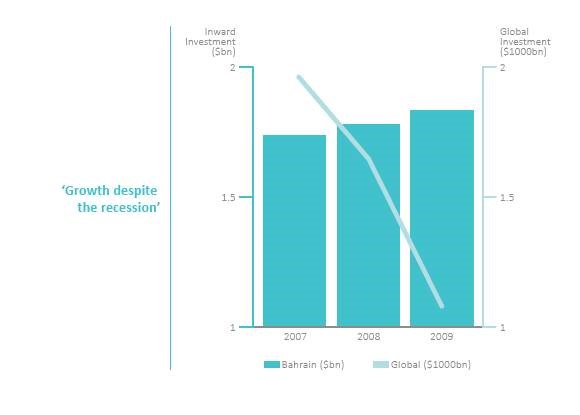 What does the data say?

Whilst it’s still early days, there’s a lot of data that suggests that continuing to advertise is the right move.

The decision-making journey for tourism and investment

More specifically, there’s a lot of data that suggests that the desire to travel is still there. “Consumers are planning holidays, but not yet purchasing, according to Global Web Index’s Coronavirus multi-market Wave 3 study, conducted April 22-27th,” Maria shared with us. The report explores the immediate impact on tourism (45.5% of the UK public surveyed said they were delaying booking a holiday due to the outbreak) but it also looks to the near future of the industry: “30.4% of respondents said that they would be prioritising the purchase of holidays and trips first once the outbreak is over.”

And the reality is that when we slowly ease out of lockdown, every place brand is going to be clamouring for attention. Differentiating your proposition now - for tourism, talent, or investment -when you have a greater share of voice will keep you in the mind of your target markets for when they are ready to commit. As Jessica shared, now is the time to sow the seeds, and build positive predisposition and share of mind. Then at the trigger point where the investment purchase cycle begins again – or when tourists begin booking upcoming holidays - the nations who have actively engaged will stand a greater chance of success in an increasingly competitive market.

Advertising works – but it needs more

In the past, a recession was an opportunity for bold advertisers to grab a bigger share of voice. This is still true – with less noise, it’s easier to be heard. But with the increase in social media usage, it’s more important than ever to ensure you’re able to make good on your promises. You can and will be called out for unsubstantiated claims – and trolls have just as much extra free time on their hands as your customer base.

City Nation Place speakers have often stressed the importance of values and symbolic actions in driving place brand reputation – and we can see that successful advertisers from other sectors are also following this advice, In a time when global camaraderie is strengthening, the messages that stand out are those of philanthropy and support. In a recent white paper, the Wall Street Journal shared that a Verizon advertisement announcing that they were waiving late feed and raising data allowances achieved sizable gains in recall (84%), while a HarperCollins’ message encouraging people to buy local delivered double-digit gains in recall – and both generated a positive halo effect in comparison to industry norms.

Actions that inspire people also gain rapid traction – when car manufacturers like Fiat, Nissan and Ford began producing much-needed ventilators, the story took off around the world. Likewise with LVMH who repurposed their perfume factories in order to produce sanitiser. These stories of good-will create consumer loyalty and have enormous traction. And they also contribute to net-global good.

However, it’s important to ensure that your actions are suitably appropriate. McDonald’s reimagined their golden arches with a new ‘distanced’ version to promote social distancing. The Brazilian campaign was quickly pulled though – and while it generated a lot of good will, there was backlash from consumers who felt that it was an empty gesture: 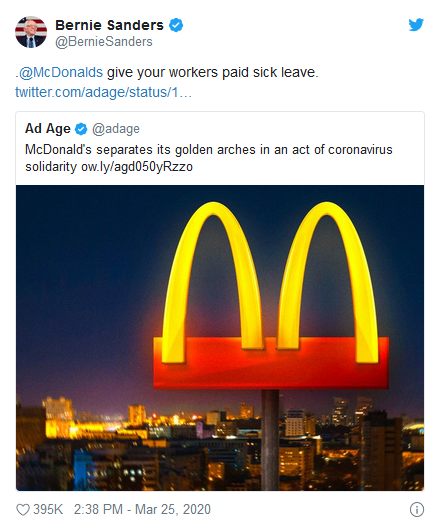 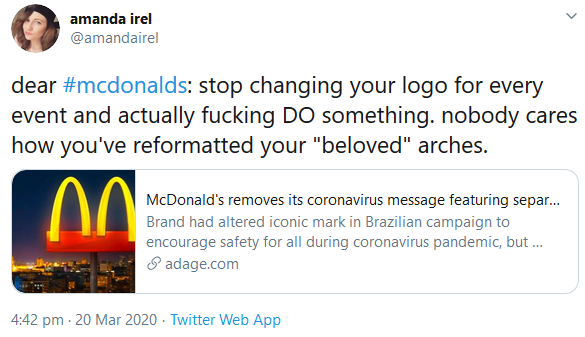 Will your recovery plan be sustainable?

9 'Stay Home' campaigns that are rooted in place DNA 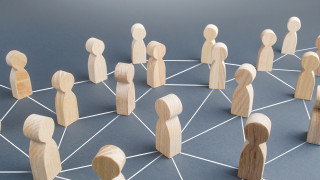 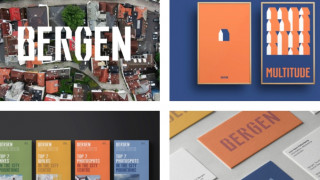 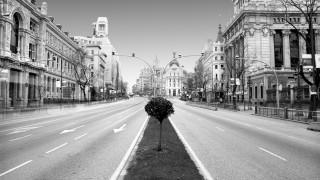 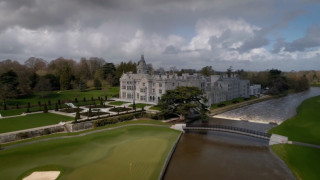 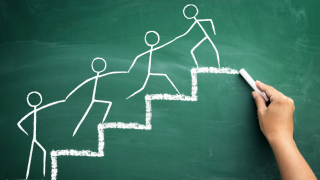 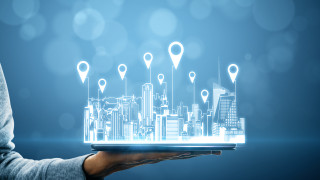 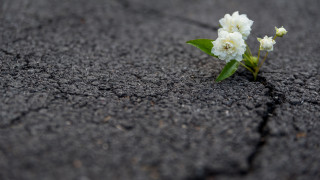 How do you create a resilient place reputation?