In 2018, an Ipsos Mori study of UK visitors highlighted the fact that people were ambivalent about Norwich. Research revealed a Net Promoter Score (NPS) of 0, in response to the question ‘how likely or unlikely is it that you would recommend Norwich as a UK city break or day trip destination?' People didn't have a perception of Norwich at all, and that needed to change in order for the team to compete with other UK honeypot destinations.

At the time, there wasn't one unifying brand for Norwich. City of Stories existed as VisitNorwich's blog, and it was a well-liked concept by visitors, local businesses and stakeholders, and so the team began to explore this avenue as the creative platform for the city brand.

The key objective was to establish a clear strategy and identity for the city and to make Norwich a top 20 visitor destination by 2021 - a one-of-a-kind city that’s not to be missed. Local buy-in was crucial and the team wanted this brand (and the VisitNorwich platform) to be used by residents and visitors alike. Bringing people along on the journey to the new brand was key.

By leveraging Norwich City Council’s long term 2040 City Vision strategy, buy-in was assured internally and with key stakeholders in the business community. Informed by research and feedback, City of Stories became the adopted creative platform for the Norwich City brand.

Norwich is famous for its literary history - including the University of East Anglia creative writing course which has produced world-renowned authors and writers - and Norwich was the first UNESCO city of literature. City of Stories would act as the mechanism that gives Norwich and its residents a unified voice and the team focused on ‘curating rather than creating’ the content to give businesses and individuals the opportunity to showcase their offering.

The content strategy was built on 4 pillars: Pride; Participation; Ownership; and Authenticity. Visually, the team created a look and feel that could be adaptable, easily used across multiple platforms, and simple enough for brand ambassadors to recreate and reference in their own materials. The identity chosen relied heavily on the 'chevron' device taken directly from the 'Norwich, the City of Stories' mark: an 'N' for the city, referencing the famous Norwich Market rooftops and comprising 8 chevrons (one for each of the city's 8 districts). It was vital that each city district was given representation within the brand, ensuring each had its own voice and story that complimented the overall brand identity.

Becoming Norwich, the City of Stories

‘Norwich, the City of Stories’ launched in May 2019, with a social media campaign and a day of outdoor activity and branded giveaways to raise awareness. Local poet, Piers Harrison-Reid, was commissioned to write a poem dedicated to Norwich. The original ‘City of Stories’ blog site was integrated into a brand new VisitNorwich site, to capitalise on the popularity of the blog. The city map was refreshed, with more of a focus on the 8 districts, and the team also developed and installed new wayfinding totems in the City of Stories brand, all of which are NFC/QR enabled to link back to the VisitNorwich website and can be seen throughout the city.

Most recently, ‘Norwich the Next Chapter’ (born of ‘City of Stories’) was developed by a group of local stakeholders as Norwich BID’s campaign to re-animate the city following the Covid-19 lockdown. It was testament to the city brand that this was the direction and headline the group arrived at; that City of Stories was a powerful enough vehicle to unite the city at such a challenging time.

Local engagement with the brand has been a huge success, with key stakeholders such as the National Centre for Writing, the University of East Anglia and Norwich City Council implementing the branding and tone of voice/messaging into their own content. Norfolk Konnect Buses have integrated wrapping buses with City of Stories branding, while a local media company have recently approached the team to explore creating a City of Stories global podcast series. Norwich City Council is a fantastic ambassador for the city brand and has decided to align its future Lord Mayor’s Celebrations around ‘City of Stories’.

2019 brand research revealed an NPS of 6, an increase against the 2018 study. For longevity of the brand, the team are currently developing a brand ambassador toolkit, for distribution across the city. Norfolk County Council has also entered Norwich’s ‘City of Stories’ wayfinding totems into their £35million Transforming Cities funding application, which would see a city-wide overhaul of all signage.

Do you have a story to share? Find out how to enter the City Nation Place Awards here. 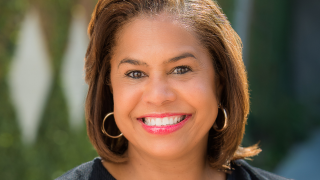 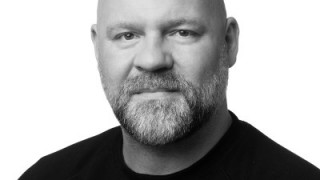 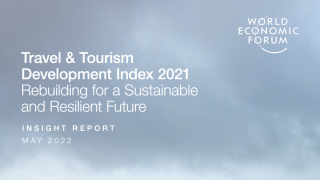