Entered by the Ministry for Foreign Affairs of Finland, 2016 winner of Best Use of Social Media

The Ministry for Foreign Affairs of Finland and its country image media ThisisFINLAND (TiF) was planning its annual Christmas calendar. Previously, the calendar had been targeted at families – an easy subject for the country, which is the home of the real Santa. In 2015, however, TiF wanted to target a different audience: young people globally.  The challenge was to come up with an idea that would reach the crowd that is not the Ministry’s usual audience. The team also wanted to communicate about Finland in a digitally savvy way but with a slightly unconventional tone: they needed a tongue-in-cheek approach. This was due to the fact that the Finnish country brand is very efficient, clean, functional and
engineer-like, lacking a bit in the fun and quirky sector, that the Finns themselves associate with the country.

Emojis have revolutionized communications in a similar way that the text message did. Not forgetting that the text
message was a Finnish invention – so why wouldn’t Finland be the first country to launch its own official emojis as well?

Emojis allowed everybody to use and share the Christmas calendar – and to keep on doing it well beyond Christmas. The visual strategy was created with Bruno Leo Ribeiro (at hasan & partners agency) and the emojis had to communicate feelings and customs every Finn could relate to, but also be understandable and usable in multiple ways by a global audience. Emotions are not always positive, so the team also wanted to include some negative ones as well.

They wanted to create a PR campaign that would live in social media and generate both earned media and increase people’s interest in Finland, and for the emojis to circulate in text messages and communications applications. Target groups were reached by press releases and by direct contacts, supported by extensive social media posts, boosts and community management, with minimal amounts  of paid advertising. The first press release was sent 4 November, when the first emojis (sauna, headbanger and unbreakable Nokia phone) were released. The strategy was to keep the flow going: the actual calendar was published on 1 December, with explanations to the emojis opened one-by-one until Christmas. The New Year’s surprise emoji was released 29 of December. In May 2016, they published a summer edition of Finland emojis due to a high demand; altogether, the Finland emoji collection contains 49 tongue-in-cheek emotions.

Many commercial brands have used emojis in their marketing, but Finland was the first country with its own set of official country emojis. Paid media was not an option. Digital was the way to go. The emojis featured different emotional aspects of Finnishness from “kalsarikännit” (getting drunk alone at home with no intention of going out) to famous Finns like Nobel laureate Martti Ahtisaari and Formula 1 driver Kimi Räikkönen. The emojis were available from ThisisFINLAND’s Christmas calendar site xmas.finland.fi. As the calendar was targeted at a global audience, the Finnish state of mind needed to be explained alongside each emoji. An example of an emoji needing an explanation could be the Michelin-man-looking child, whose tongue was stuck on a metal pole. The feeling of “Stuck” is familiar to every Finn, but needed more context for a global audience. The Christmas calendar was available in 13 different languages: English, Spanish, Chinese, Russian, German, French, Portuguese, Japanese, Arabic, Korean, Hindi, Polish and Turkish. The traditional social media channels used by TiF, Twitter and Facebook, were extensively involved each day, and a TiF Instagram site was quickly opened since its relevance to the emojis was obvious. Four of the emojis were submitted to the Unicode process, so that they could be included in the official emoji selection for all devices.

“Finns have their own emojis and they are naked – can there be a cooler country?” The emojis were covered in extensive articles in 2000+ global media from Time, CNN, BBC, NHK, Fox News, AP, Reuters to Wired and Huffington Post. They were shared, liked and retweeted in social media more than any other communications activity ever for Finland. The first emojis reached 154 million people through traditional media and the earned media raised up to 3,8 million euros, being all organic. On their launch day, Finland emojis were trending on Twitter with a reach of over 3 million (#FINemoji).

During the launch, there were 10 000 mentions in social media, and the Finland emojis reached 15 million people (open social media accounts calculated). They inspired other countries and organisations’ to create their own emojis. The Finland emojis continue their lives not only as apps and in mobile conversations, but also physically. They are featured in Trivial Pursuit questions, high school books, scientific research, and as different products such as reflectors and postcards just to name a few. 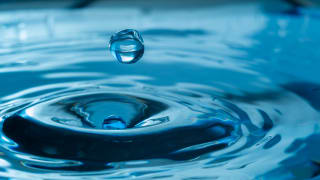 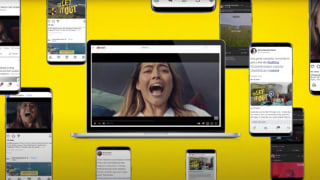 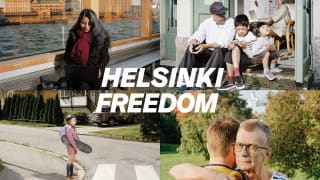