There’s been a lot of talk recently about the important role that city diplomacy has to play – enabling cities to assert their own political identity, shape their own destinies and engage foreign public.

Intrigued, we wanted to dig deeper to find stories that demonstrate the tangible positive impact city diplomacy can have. This is what we discovered.

City diplomacy includes activities ranging from international relations with other cities, such as city twinning, to networks of mayors and local government associations. According to Jo Beall and David Adam in their report “Cities, prosperity and influence”, city diplomacy also includes bidding for and winning major events, as well as a myriad of other cultural and brand positioning activities.

We asked Nicholas Cull, Professor of Public Diplomacy at the University of Southern California, which cities illustrate how city diplomacy is working hand in hand with place branding? He said “Cities that get it include London, Paris, LA and even some Chinese cities like Shanghai.” He adds “Pioneer voices include smaller cities too, such as Bristol in the UK and Eindhoven in The Netherlands”.

With this in mind, we’ve focused on 3 pioneering cities that are embracing city diplomacy – Bristol in the UK, City of San Antonio in the US and Nanjing in China.

According to the Sunday Times Best Places to Live Guide 2017, Bristol, in South-West England, has just been voted the most desirable place to live in Britain.

From Brunel to Banksy, Bristol has a long history of thinking differently. Mayor Marvin Rees has said that “Pinpointing what makes Bristol special isn't easy” adding “It's a combination of many things from the people to the place itself, but at the heart of it is our cultural diversity and independent spirit.” So it’s hardly surprising that Bristol is proactively involved in city diplomacy initiatives.

When he took office in 2012, Bristol’s first elected mayor, the independent George Ferguson, made it clear that his priority was "Making Bristol known across the world so we don't have to say it’s a port somewhere near Bath." A key part of this strategy involved staking Bristol’s claim to the title European Green Capital – an accolade it secured in 2015. Along with a range of lessons learned, an official report reviewing Bristol 2015 European Green Capital Year stated that “The profile and the reputation of the city were greatly enhanced.” Visitor numbers during the year reached record levels and the number of overseas delegations rose from 12 to 70.

Under the leadership of Labour’s Mayor Marvin Rees, who took office in 2016, a new international strategy has just been developed entitled ‘Bristol: Global City - working with the world for local and global benefit.’ The 10 year strategy is designed in part to help Bristol capitalise on the diversity of its international communities and “grow global citizens that benefit from living in an increasingly globalised world.”

Bristol’s ongoing city diplomacy initiatives include, among others, the Global Parliament of Mayors, far-ranging twinning partnerships and the legacy of the Green Capital year.

The city’s coordinated and focused international strategy is expected to bring economic benefits (attracting trade, investment, funding, labour and visitors), social benefits (social cohesion within the city and greater international opportunities for citizens), political benefits (to drive the city’s reputation proactively feeding into national and international policy and strengthening the voice of cities), and service delivery benefits (opportunities to learn from the best). 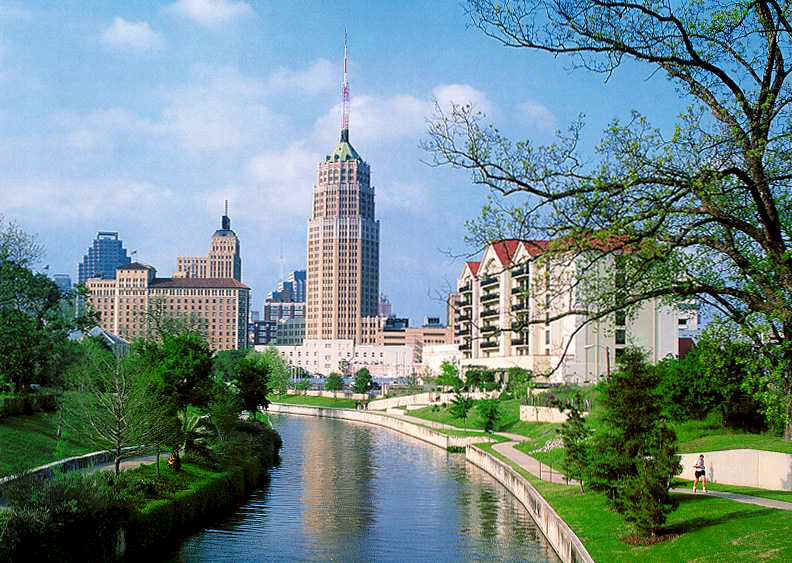 San Antonio, home of The Alamo, is a major city in South-Central Texas with a rich colonial heritage. It is the seventh most populated city in the United States.

The city’s proactive approach to city diplomacy is reportedly delivering impressive results for economic development. There are now over 30 Japanese companies for example investing in San Antonio which contribute significantly to the local economy.

Shahrzad (Sherry) Dowlatshahi is Chief of Protocol and Head of International Relations for the City of San Antonio. She believes San Antonio’s interest in city diplomacy is growing. The Economic Development Department at the City of Antonio alone belongs to multiple international city networks. Last year they added their first African sister city - Windhoek, Namibia and this year they plan to sign a sister city agreement with Darmstadt, Germany.

Sherry attributes this proactive approach to the current Mayor’s agenda to increase San Antonio’s global network. She explains that the level of mayoral engagement can vary depending on who is in office. The current Mayor is Ivy R. Taylor.

In addition Sherry says “Citizen diplomacy is most certainly a very powerful force within our cities.” She explains that “The level at which our citizens are engaged and tuned in to the global stage contributes to raising the global profile of our city.” “Without their support,” Sherry stresses, ”our ability to achieve our goals at the municipal level would be limited.”

Finally, we asked Sherry to illustrate the benefits of San Antonio’s city diplomacy.

One benchmark used is whether visitors to San Antonio and hotel occupancy have increased. Sherry explains that revenue generated allows the city to reinvest in tourism promotion as well as arts and culture, which in turn she says ”enriches the city’s soul.” She adds that “Ultimately, the amount of foreign direct investment coming into the city can be attributed in part to the business friendly environment and culturally sensitive dealings.”

Sherry concludes “A city that has an open and respectful attitude to diplomacy, reflected in its institutions, civic groups and passionate citizens, is more likely to be a magnet for these types of opportunities.” 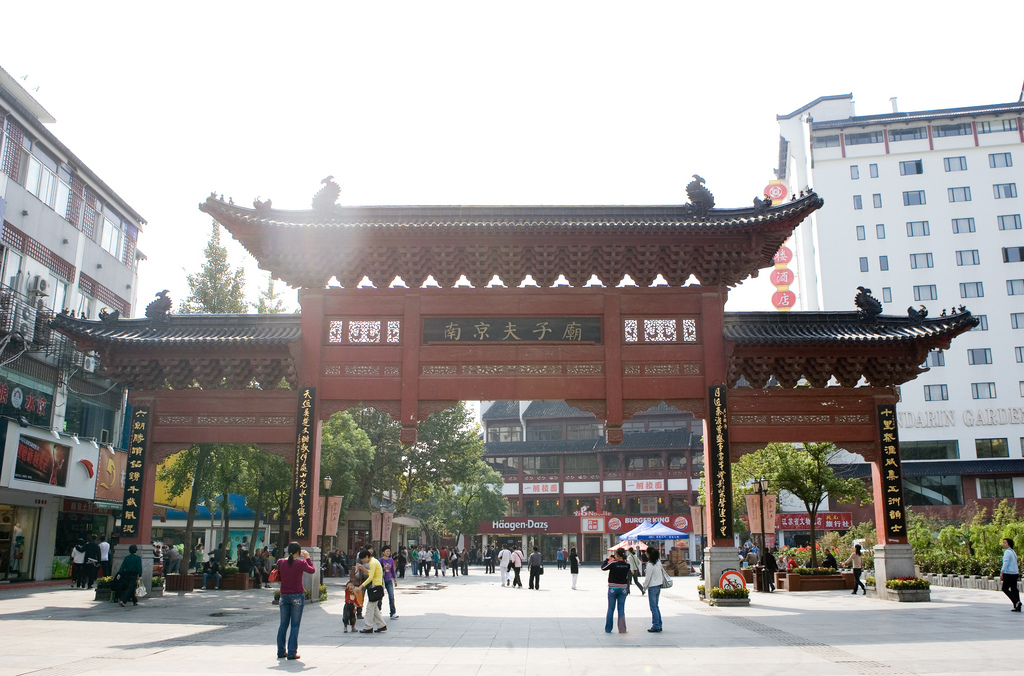 Nanjing is the capital of Jiangsu Province in the East of China. Lonely Planet highlights the University City’s rich and impressive historical heritage along with its cultured and relaxed atmosphere.

The city is keen to demonstrate to the world that it not just a manufacturing base or a logistics hub, but is moving up the value-added scale, specialising in design, creative services and realising knowledge economy status. In line with this goal, in 2016 the city held Nanjing Week in London, during London Design Festival.

We asked David Adam, CEO & Founder, Global Cities if he could outline how Nanjing’s approach to city diplomacy connects with its place brand strategy?

He explains “Nanjing is an innovator amongst Chinese cities. It is part of a small group of second and third tier Chinese cities which are following-up on the Chinese leadership’s strategy of going global.” Beijing and Shanghai have been the forerunners of this policy, but ambitious cities such as Nanjing are picking up the baton and beginning to tell a global story. Chinese cities such as Nanjing recognise that proving international status is critical to success domestically and will also lead to establishing new markets in the longer term.

“Nanjing’s promotion initiatives” says David, “are formed on a strong collaboration between business and government. Major software companies such as Nanda Softech, who specialise in developing smart city apps to improve public transport, were a key partner in developing Nanjing’s internationalisation strategy. They built trade missions alongside the city government at Milan Expo in 2015, and London Design Festival in 2016.” He adds “Citizen engagement in soft power initiatives in China is, however, probably some way off”.

We wondered how Nanjing benchmarks the impact of their city diplomacy?

“China’s approach to measurement of success is very different from European or American frameworks” explains David. He elaborates “A Chinese official is more likely to celebrate the success of an event by the scale of investment made and the prominence of the city partner they have engaged, for example 'Nanjing in London'. That’s not to say that numbers such as, investment projects realised in the city, or an increase in visitor numbers are not relevant measures, but government planning takes a five to ten year view”.

David concludes “When it comes to building brand and reputation, Chinese cities recognise that they are coming from a different starting point than already established global cities and are therefore willing to speculate a little more to achieve recognition.”

What’s next for city diplomacy?

City diplomacy and branding certainly seem more relevant now than ever. Some say they could even be considered a cure for many of the issues we are facing globally.

We asked Professor Nicholas Cull how he would like to see city led diplomacy developing over the coming years?

He said “I think that city identities and city focused media have a capacity to counter some of the one-size-fits-all propaganda agendas at large in the contemporary world. Specifically I would like to see governments and other donors helping the Russian speaking cities located outside of the borders of Russia develop a sense of their civic identity specific to their circumstance - to help for example the citizens of Narva in Estonia be actively Narvan, Estonian, European and Russian speakers all at the same time and to be connected laterally to other cities.”

The opportunities for cities to become involved in diplomacy have exploded, with the number of city networks burgeoning from 55 in 1985 to more than 200. David forecasts the plethora of networks means cities will have to think more strategically about which they commit to. He also anticipates the emergence of broader city diplomacy organisations, to help rationalize and prioritise initiatives.

Do city diplomacy initiatives have to be driven by a mayor in order to be effective?

“I think mayors are important and can certainly get in the way and make city diplomacy harder” says Nicholas, “but the true strength of city diplomacy links come from the level of citizens themselves - they need to know themselves and recognize and embrace common ground with citizens of other cities around the world.”

“Mayors’ offices can be a champion and leader” says David “but should not put a stamp on the city which might stifle creativity. The trick is to set broad campaign banners and then let the multiplicity of the city speak for itself.”

However, funding for city to city diplomacy is short and many cities face budget reduction pressures. This increases the need to involve the private sector. “It is useful” says David, “when the business community starts something. The public sector can then see that there is a demand for the initiative. Initiatives like this tend to have greater longevity.” Examples he cites include Barcelona Global and London First.

So to what extent can a city’s diplomacy and soft power complement or counteract a contradictory set of nation state values? David suggests “Contradiction is healthy because it is pluralist.” He adds that “Cities can broaden the nation’s narrative with their own story.” For instance, the UK can remain globally recognised for its diverse and outward looking cities, while major national policy issues, such as Brexit, present a challenge that may be interpreted internationally as inward facing.

“The challenge” state Beall and Adam in their paper “is for host nation-states to give cities the relative autonomy to exercise influence and to exercise the power of attraction necessary to help foster both prosperity and security as well as influence.”

Do you have city diplomacy insights to share? Email suggestions to Cfarrow@citynationplace.com 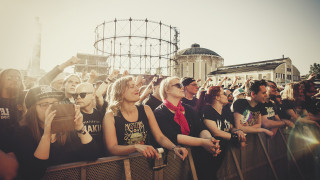 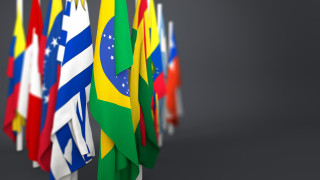 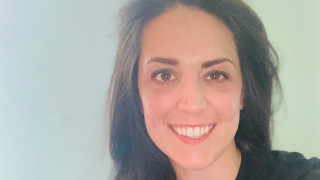 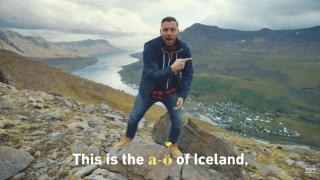 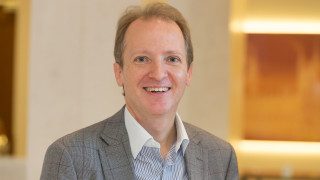 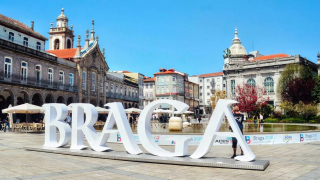 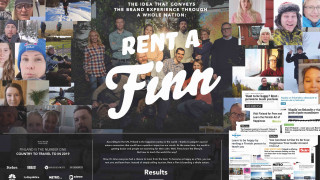