Planned for September 2021, hosted by Visit Mexico, organised in partnership with Bloom Consulting, and supported by the Marca Pais group of country brand directors from across Latin America, this third annual conference for the region will be part of a week’s event program featuring the Ibero American Country Brand Forum and the UNWTO LatAm Forum.

The agenda will cover: 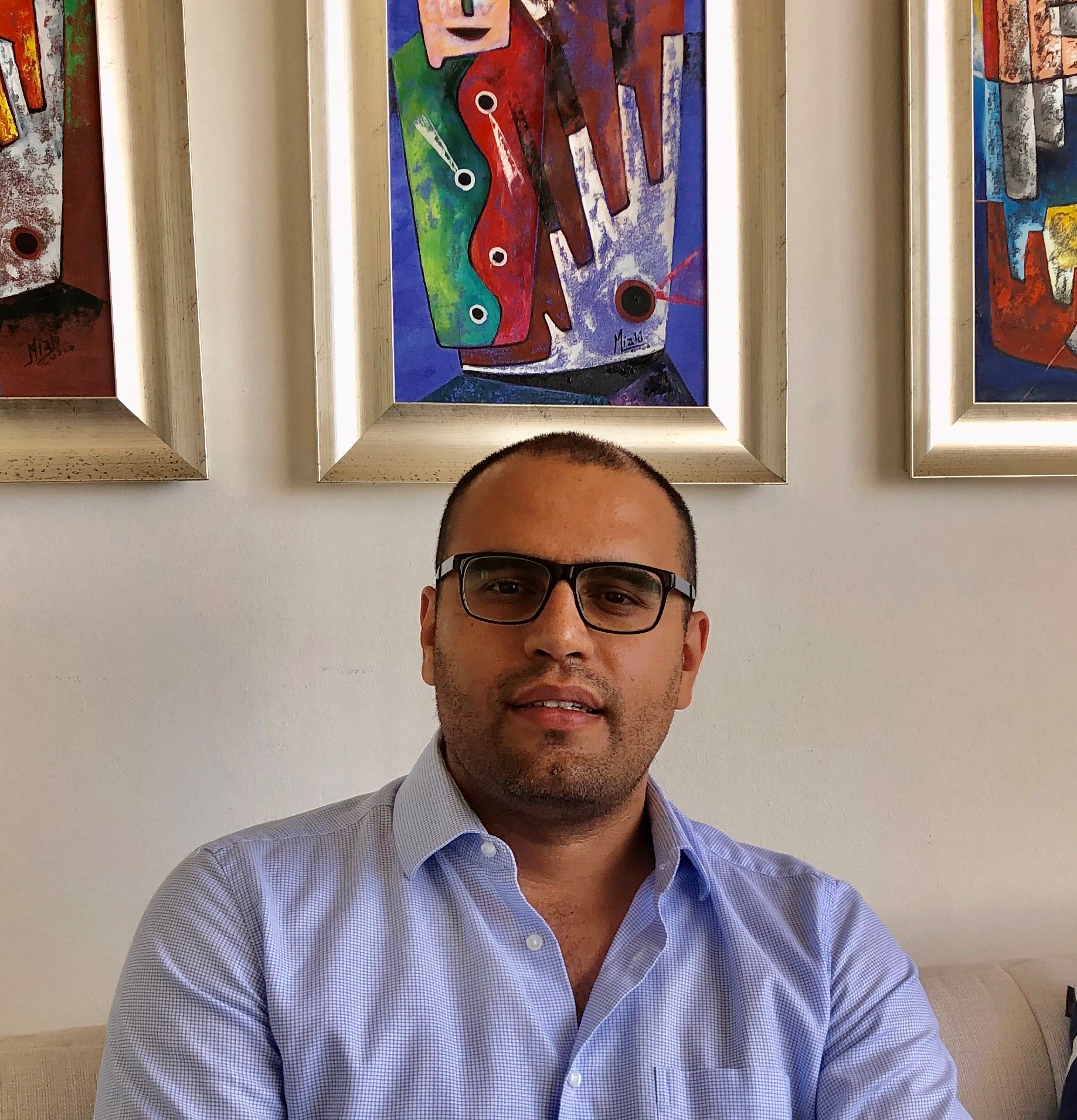 VisitMexico is very pleased to host the 3rd CNP LATAM & Caribbean Conference not only to gather the latest trends from top Place Brand leaders worldwide, but to rethink in this new normal the relevance of innovative collaboration schemes, data-driven strategies and community engagement to promote sustainable tourism, attract investment, increase competitiveness, and bring new inspiration and reputation to cities, regions and nations across the Latin American region. 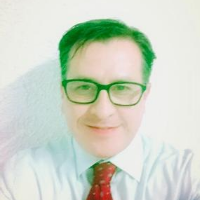 Given the challenges facing Latin America and the Caribbean at the present time, being able to share best practice and experience is crucial to ensuring the region recovers as quickly as is safe. I’m delighted to be working with City Nation Place as an ambassador as we rebuild for a more resilient and sustainable future.

Partner with us on this event

A limited number of opportunities exist for organisations wishing to grow their brand and their network with place leaders, place branding directors, and destination marketing teams across the Latin American and Caribbean region.

Lawyer from Universidad del Norte with experience in the field of commercial, civil, labor and mining law; training courses in Business Legal Advice and seminars in Negotiation, Mediation and Conflict Resolution. Her work and commitment to the development of the city of Barranquilla started in the District Mayor's Office where she served as an advisor to the Management of Special Projects, a position in which she supported the promotion of the city in different national and international scenarios.

Additionally, she has exercised her profession from different areas: Lawyer of the Mining Legal Division of Empresa Nacional Minera Ltda. - MINERCOL Ltda, Assistant to the President of the Chamber of Labor of the Superior Court of the District of Barranquilla, and Assistant Lawyer of the law firm Rodriguez, Rozo & Asociados.

Since September 2011 she has been part of ProBarranquilla, where she started as Investment Promotion Coordinator, promoting investment in the city and the state of Atlantico and supporting the installation and expansion processes of investors in the region. Ana Maria Badel is currently the executive director of ProBarranquilla.

Diane Edwards is the President of Jamaica’s Investment and export promotions agency, JAMPRO, where sheoversees national projects in the tourism, manufacturing, energy, mining, logistics, agriculture, creative industries and the knowledge services sectors and is instrumental in leading investment negotiations for Jamaica.  A former Trade Commissioner for Jamaica in New York, Brussels and London, Diane is a respected thought-leader and strong advocate for the development and advancement of Jamaica’s business brand, and transformation of the nation’s business environment.

She has successfully managed and executed product launches for Jamaican food brands into mainstream markets, and negotiated substantial European Union funding for the ‘Target Europe’ Trade Development Programme; an initiative that positioned Jamaican products in the European market. This project subsequently evolved into a five-year Private Sector Development Programme (PSDP).She was also successful in landing investments in Jamaica for Spanishresort investors RIU and Iberostarand pivotal to the development of Jamaica’s garment sub-contracting and information and communications technology (ICT) industries.

Diane currently serves as the President of the Caribbean Association of Investment Promotion Agencies (CAIPA) and a member of the UK Institute of Directors, a Trustee for the British Foundation for the University of the West Indies.

Pedro is the former VP of Innovation and Intelligence in ProColombia. He leads the team in the generation of insights in the difficult time of the pandemic.

Before joining the team at ProColombia, Pedro was a consultant for the World Bank and the Interamerican Development Bank, supporting statistical projects throughout Latin America and the Caribbean, especially household surveys and population censuses.

He also was Deputy Director of the DANE, Colombia’s official Statistics Agency, where he specialized in the job market statistics, inflation rates, and demographics.

He has worked in market research for companies like ACNielsen, YanHaas, and Movistar (formerly Telecom) for the last 15 years. He is also a professor in Market research methods at Pontificia Universidad Javeriana, one of Colombia’s leading Universities.

Pedro is fully Bilingual. He has a Master in Marketing Intelligence, a degree in Business and a postgraduate degree in Political Marketing, and public opinion from the Pontificia Universidad Javeriana in Colombia

The Minister of Tourism of El Salvador is a professional with extensive experience in the direction of planning strategies, development and implementation of programs at the national level with governmental and private institutions. Specialist in the design, monitoring and evaluation of investment projects and international cooperation.

She recently served as the Country Brand National Director in the Export and Investment Promotion Agency of El Salvador PROESA.

She has dedicated part of her life to the in-depth study of marketing and advertising, but mainly oriented to exalt the image of El Salvador inside and outside the territory.

When Katie was at university, she was asked – multiple times – what you can actually do with a degree in English. As it turns out, the answer is Head of Content at City Nation Place. Katie joined the team in 2018 as an Events Manager, helping Clare Dewhirst to research and create the conference agendas for both the City Nation Place conferences and a range of client events. As City Nation Place has grown, her role has expanded to include writing articles for the City Nation Place website, interviewing leading place brand practitioners, and curating the online content. Katie has developed a keen interest in all things place branding, and is looking forward to helping City Nation Place to continue to grow and develop in the future.

Larissa Perdomo has been head of the Uruguay Country Brand team since June 2014. She has been Image and Communications Manager at the Uruguayan investment and export promotion agency (Uruguay XXI) since 2009, contributing to the creation and management of the Uruguayan country brand project, and coordinating this activity from Uruguay XXI with the Interministerial Advising Committee for Foreign Trade. In recent years she has taken part in Country Brand international forums and workshops with specialists in Nation Branding. She coordinates the Jeremey Hildreth consultancy for “Redibero Region Image” Project (Ibero-American Network of Trade Promotion Organizations) within the framework of IDB Regional Public Goods programme. Larissa has worked as a professor of corporate communications and public relations in the Uruguayan Association of Marketing Executives (ADM) and has trained many executives from companies and organizations in their relationship with the media. She also lectures on country branding for the Tourism degree program at the Universidad Católica del Uruguay.

Hugo Fco. Rivera Fernandez was born in the City of Santo Domingo. He graduated from APEC University and has a Law Degree. He has worked in different newspapers and magazines; Business Today, facilitator for Hoy newspaper, Business Editor for the business newspaper MerKdos for Puerto Rico and columnist for Entrepreneurs magazine.

Mr. Rivera is currently the Ambassador, Vice Minister of Foreign Relations for Economic Affairs and International Cooperation for the Ministry of Foreign Affairs of the Dominican Republic.

In his state functions, he was the national coordinator and chief negotiator of the Free Trade Area of the Americas and coordinator of the implementation of the CARICOM and CENTROAMERICA agreements (2002-2004).

Director of the technical teams of the Special Office for DR-CAFTA negotiations.

Technical Coordinator of the Business Coalition to Support the Free Trade Agreement with the United States DR-CAFTA (2004-2006); international trade advisor to the American Chamber of Commerce AMCHAM of the Association of Free Zones Industries (2005-2006), consultant to the industry association of the Dominican Republic AIRD.

Consultant to: the United States Agency for International Development, Team USAID through the Chemonics program, and the Canadian-Dominican Chamber for matters related to Trade with Canada.

Advisor in International Trade to the Government of the Commonwealth of Puerto Rico, Department of Economic Development and Commerce (2007-2009).

Advisor to the Corripio Business Group and advisor to multinational companies including Procter and Gamble and PepsiCo International.

Senator Claudia Ruiz Massieu is a Mexican lawyer and politician who served as as Minister of Foreign Affairs from 2015 to 2017, Previously she was the Minister of Tourism, also under President Enrique Peña Nieto. During her time as cabinet member, Ruiz Massieu developed comprehensive soft power strategies to promote Mexico as a world-class destination for tourism and investment.

In the Mexican Senate, she is Chair of the Special Committee on USMCA implementation, as well as member of the committees on foreign affairs and North America.

Known for her forward-thinking, innovative leadership and fierce enthusiasm, Ronella Tjin Asjoe-Croes proudly serves as the Chief Executive Officer (CEO) of the Aruba Tourism Authority (A.T.A.), expertly leading Aruba’s destination marketing, business development, and partnerships while effectively collaborating with the Aruban government and the country’s private sector. She invests heavily in the A.T.A. team that have helped position Aruba where it is today within the global tourism industry. The economic impact of tourism over the past nine years was phenomenal, with an annual average growth of 5% in the expenditure of international visitors and a solid growth in visitor arrivals of on average 4% per year.

Well aware that Aruba is not immune to the ever-changing world and its increasingly complex environment, Ronella accepts the challenge to rebuild the Aruba tourism industry and to continue to evolve as a leader and inspire her fellow countrymen and women to evolve as well, placing great emphasis on building strong character, which she believes forms the bedrock of a resilient nation equipped to continue driving its tourism market upward.

Ronella serves and has served on numerous other committees, boards, and platforms in Bonaire and Aruba.