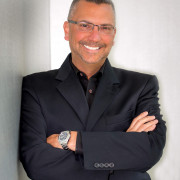 Adam Jones-Kelley is a world leading expert in cross-border investment and corporate expansion strategy. He has worked with Conway, Inc., for 18 years and served as President for five. Prior to becoming President of Conway Adam managed the award-winning international magazine Site  Selection.

Since assuming the presidency Adam has overseen dramatic growth, expanding the firm’s service offerings to cover every sector of the investment attraction industry. Adam has also lead the acquisition of several global companies, expanding Conway’s reach and product base.

Adam has broad experience in economic development publishing and marketing, has been a featured speaker at events around the world and has been interviewed for various news media in the US, Europe and Asia. Adam has consulted for dozens of government economic development agencies on six continents, helping them position themselves to attract domestic and foreign corporate investment and create jobs.

Adam is also an accomplished writer, having produced original content for Site  Selection magazine, OnSite Travel and The FDI Report.

In recent decades Adam has visited more than 80 countries, working with investment promotion agencies, free trade zones and industrial parks on their strategic and business development initiatives. A deadly parasite in Ghana nearly killed him last decade, as did stepping in front of a tram in Prague, adventures which he dutifully chronicled for the aforementioned OnSite Travel.

Adam grew up in Atlanta, Georgia and Auckland, New Zealand. He now resides in Peachtree Corners where he’s been enslaved by a pair of rambunctious kittens.

This idyllic life leaves Adam a little restless. He’s an avid adventure-sport enthusiast who enjoys activities such as bungee jumping and diving with sharks, and does philanthropic work for endangered and abused animals. 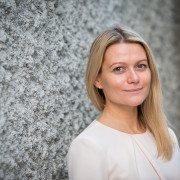 With a degree in International Business from Grenoble Graduate School of Business, Vilma has spent the last decade developing creative industries across New York, Chicago, London and Dubai. She joined Alserkal Avenue in 2011 and in her time with the organisation, she has been instrumental in its evolution and responsible for overseeing the Avenue’s physical expansion in 2015 as well as the inauguration of Concrete in 2017. Vilma also launched Alserkal Programming in 2015, and Alserkal Residency in 2017, affirming the organisation’s commitment to the development of arts and culture in the region. She has been a vocal supporter of growing a creative economy, and a strong advocate for its importance in social development and identity within the MENASA region. Vilma serves on the advisory boards of the Global Cultural Districts Network and the Jean-Paul Najar Foundation. Vilma is currently pursuing an Executive MSc in Sustainable Urban Development at the University of Oxford, UK. 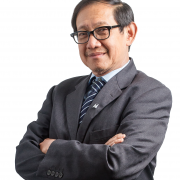 Hermawan Kartajaya is the founder of the Asia Marketing Federation, the President of the Asia Council for Small Business and President of International Council for Small Business-Chapter Indonesia. In 2003, he was named as one of the "50 Gurus Who Have Shaped the Future of Marketing" by CIM-UK. In 2009, he received the Distinguished Global Leadership Award from the Pan-Pacific Business Association.  He is both a strategic business thinker and a marketing practitioner. He has written seven international books with Philip Kotler—the father of modern marketing. His latest books, Marketing 3.0 is widely acknowledged globally and is published in 27 languages and Marketing 4.0 is already published in 22 languages. Hermawan is the Executive Chairman and Founder of MarkPlus Inc., a leading integrated marketing solution provider, which provides comprehensive Consulting, Research, Training and Media Services with branches in 18 cities in Indonesia. He received a honorary doctorate degree from ITS Surabaya. 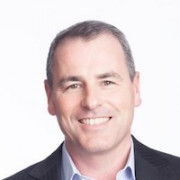 Based in Sydney, Alistair managesa cross-platform media sales department, responsible for all advertising sales and brand partnershipsales within the region.

In this role, Alistair oversees BBC Worldwide’s TV advertising sales in ANZ via the relationship with MCN, and BBC Worldwide’s joint venture with Bauer, Park Publishing, for the Top Gear magazine and website.

Prior to this role, Alistair was VP for Advertising Sales ANZ, responsible for the management of BBC.com advertising and sponsorship sales and international advertising sales for BBC World News. 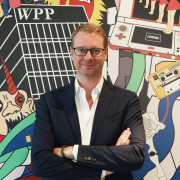 Jacco’s 19 years of agency expertise show a proven track record of digital transformation and turnaround management. He helps agencies and companies adapt to a rapidly changing world, by transforming their marketing and business strategy. 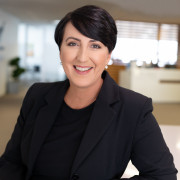 Rebecca is a business veteran with over 20 years experience in marketing across diverse sectors such as Diary, Banking, Telecomms, IT, Manufacturing and Tourism.

Rebecca has led business growth, competitive repositioning, brand development and was a pioneer in digital and direct marketing in New Zealand. Having worked across sales, marketing, operations and manufacturing she brings a wealth of knowledge, real-life experiences and a practical perspective to her leadership of New Zealand's country reputation programme, the New Zealand Story.

The New Zealand Story was established in 2013 to expand the reputation of New Zealand beyond natural beauty. Rebecca's team enable the success of businesses by providing them with the skills, tools and knowledge to each share a compelling story that sets them apart on the world stage. In addition, Rebecca works with Govt. agencies to craft and harmonise messages about New Zealand through diplomatic, trade, and public channels.

Rebecca is passionate about enabling a sustainable and prosperous future for New Zealand and the world. 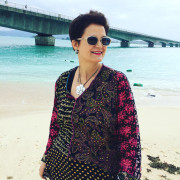 Nancy Snow (Ph.D., International Relations) is a scholar, writer, professor and speaker on all things global persuasion and public diplomacy. She is Professor Emeritus of Communications at California State University, Fullerton. Since 2016 Snow has served as Pax Mundi Professor of Public Diplomacy at Kyoto University of Foreign Studies, the first and only public diplomacy professor in Japan. Dr. Snow advises La Ditta Limited and Langley Esquire in public and media affairs. Snow is Adjunct Professor in the Institute of Contemporary Asia Studies at Temple University Japan. She is a two-time Fulbright scholar (Germany, Japan), and a former Abe Fellow and Visiting Research Professor at Keio University. Snow’s Abe fellowship research led to the publication of Japan’s Information War in 2016, a book about the government of Japan’s efforts to expand its global outreach in a competitive nation branding region like Northeast Asia.

Snow is the author and editor of 11 books, including the Routledge Handbook of Public Diplomacy(2009). Snow will publish a second edition of the Handbook with leading public diplomacy scholar Nicholas J. Cull, Director of the Master’s in Public Diplomacy at the University of Southern California. Snow has given nearly 500 media interviews on branding-related policies, including post-9/11 USA and post-3/11 Japan. Snow’s visiting professorships in public diplomacy include Tsinghua University in China, Sophia University in Japan, UiTM in Malaysia, and IDC-Herzliya in Israel, as well as the University of Southern California and Syracuse University. Since 2013, Snow has contributed articles on nation brand Japan to The Japan Times.

Snow’s government service was as a Presidential Management Fellow at the United States Information Agency and Department of State in Washington, D.C., where she was responsible for overseeing cultural and academic exchanges like the Fulbright Program. She has most recently lectured on nation branding at the American Chamber of Commerce Japan, Seoul National University, Ewha Womans University, and the American Chamber of Commerce in Okinawa. 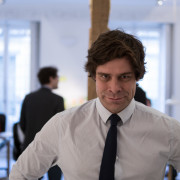 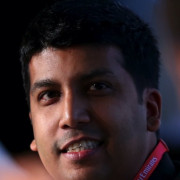 Anupam Yog is a global strategist and entrepreneur with experience in competitive positioning of countries, cities, destinations and places. Passionate about urban innovation, Anupam is involved with a portfolio of businesses and community initiatives that are at the forefront of design-led, technology-enabled placemaking.

Anupam was recognized as one of India’s leading urban innovators by Metropolis, World Association of Major Metropolises in “Indian Cities: Managing Urban Growth”. He has been invited to share his vision of alternative urban futures at SAIS – The Johns Hopkins University and the World Bank in Washington DC. He has co-developed and teaches, as guest faculty, an executive education course on inclusive citymaking at the Lee Kuan Yew School of Public Policy in Singapore. He is an also active member of the Urban Land Institute and Future Agenda, the world's largest open foresight initiative.